When you visit Japanese onsen, you may come across places where they cook eggs in the hot spring water. 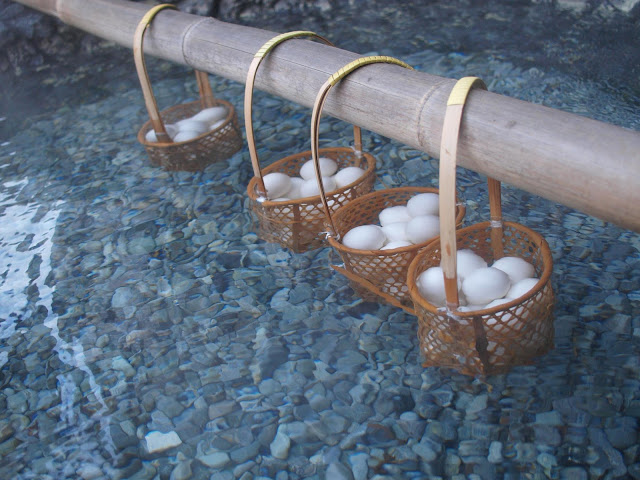 Traditionally, the raw eggs are placed inside the basket or net and left to be cooked slowly in the onsen. They are cooked in the hot spring water of approximately 70°C (158ºF) for 30 to 40 minutes. This is because egg yolk solidifies at around 70°C while egg white solidifies at around 80°C.

Most Japanese ryokan in onsen areas serve onsen tamago as a part of breakfast. 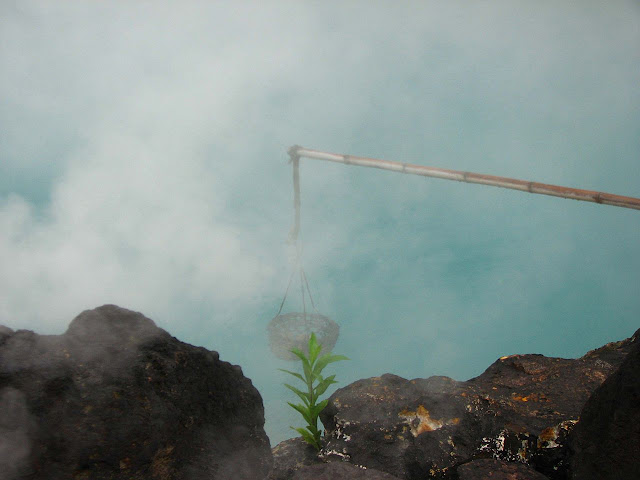 So if you are curious to try some onsen tamago, here are some Japanese ryokan that lets you make your own!

At Kounso, you can make your own onsen tamago while having a foot bath.

You can even have some sake while you wait too.

Small Japanese inn. You can either make your own onsen tamago or if you are feeling lazy, you can just buy some from their shop!

(Tottori prefecture)
They'll give you some eggs in the kitchen, place them in onsen.

Eggs will be cooked while you are in the onsen (note: not in the same water!) They have a separate onsen for eggs. 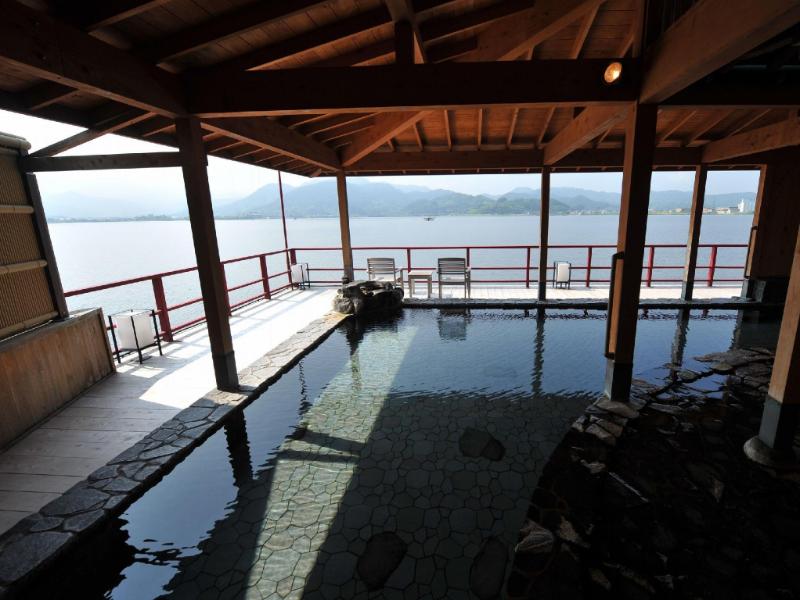 If you enjoy our articles, please sign up to receive updates about onsen-related things!