If you are looking for something fun, delicious and cheap - head to one of many 100 yen Sushi places.

Traditionally, Sushi has been considered very expensive and special cuisine. Only in the past 15 years or so, we've started seeing some very affordable sushi restaurants.

Nowadays, all over Japan, there are super cheap Sushi chains like Kura Sushi, Sushiro, Kappa Sushi, Hama Zushi, Genki Sushi...  Most of them offer a plate of sushi for 100 yen (plus tax). A lot of them also have sushi train (Sushi on conveyor-belt) but not all.

They are a bit like fast food, Japanese version, except you don't have to feel too guilty afterwards.

So let's look at each one. For this we've had to try them all (ah what a tough job ;-p)

First, all sushi are 100 yen here (excepting some side dishes and special sushi). Touchscreen menus with Japanese, English and Chinese options. Pre- prepaid sushi are going around on conveyor belt where you can just pick the one you want to try.

The best thing about their Sushi train is that they have a special cover which makes it so much more hygienic than the sushi places without. 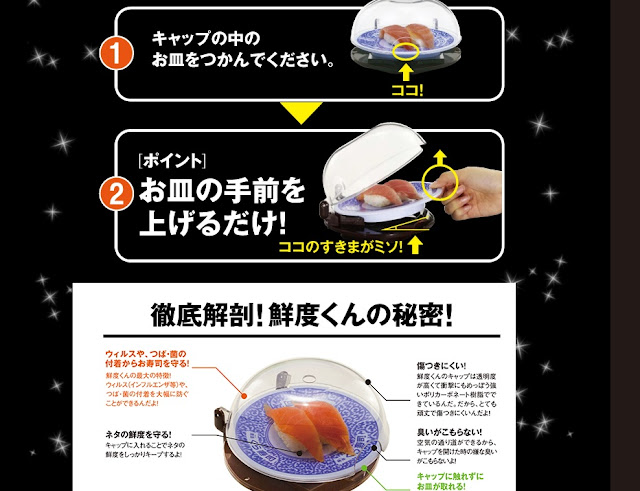 The "Sushi Cover" looks like this....they'll show you how it's done before you sit down :-)

Another really fun part of Kura Sushi is the game you get to play for every five plates you finish. When you finish a plate, you simply slide the plate into a little slot and the game starts playing on your touchscreen - there are about 3~4 different types of game.

When you win, you get a little prize!

It feels like Sushiro has declined in its quality over the past year or two. It used to be the most beloved budget sushi chain in Japan, popular among families with small children. They have stores all over Japan.

Sushi are all 100 yen (plus tax) with conveyor belt sushi as well as touch screens with Japanese, English, Chinese, and Korean language options.

There are a few Sushiro stores in Tokyo but they are located mainly outside of Tokyo metropolitan areas. 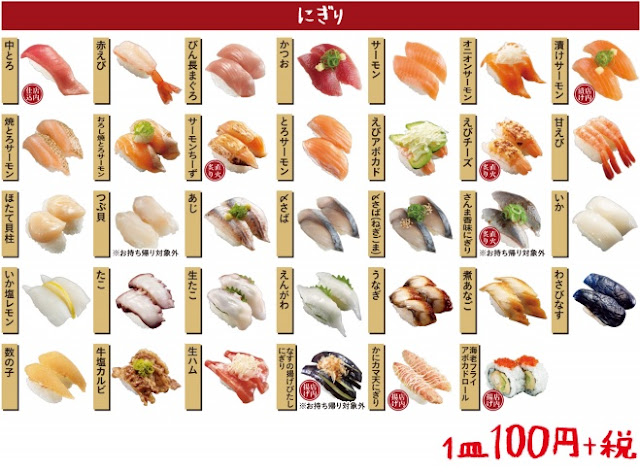 Some items on Sushiro's menu

This is the original 100 yen sushi chain and it's been around for awhile now. This is also a nation wide sushi chain. Place an order on touch screen panel and the food is brought to you via a little Shinkansen  (bullet train).

Kappa sushi was the first one to introduce the "express sushi lane" where you place an order and it gets delivered to you (here, it's via bullet train). It used to be just sushi going around on the conveyor belt - aka sushi train or in Japanese Kaiten Sushi. Kaiten means rotation. 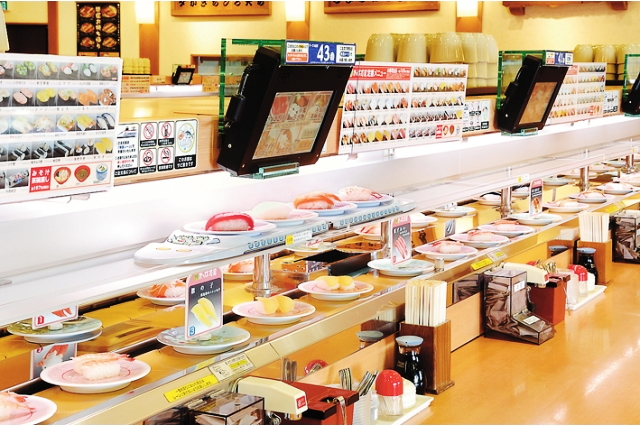 The bottom lane - the local train. The top - Shinkansen (Bullet-train or Express trains)

Their sushi are at amazing 90 yen per plate (plus tax), if you go during weekdays. 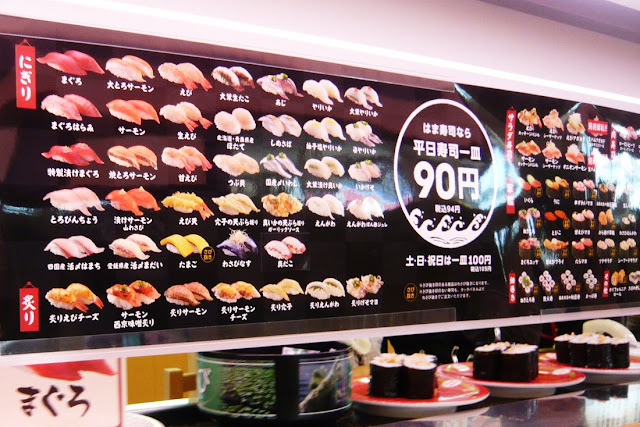 Genki Sushi can be found mostly in Kanto region. As of September 2016, there is one in Tokyo - Shibuya. Prices differ depending on which store you go to. Unfortunately the one in Shibuya is slighlty more expensive than the one in other prefectures. The cheapest plate starts from 120 yen (vs. 100 yen at most places).

There is no conveyor belt sushi at the Shibuya store, you have to order everything on the touchscreens which are available in Japanese and English. 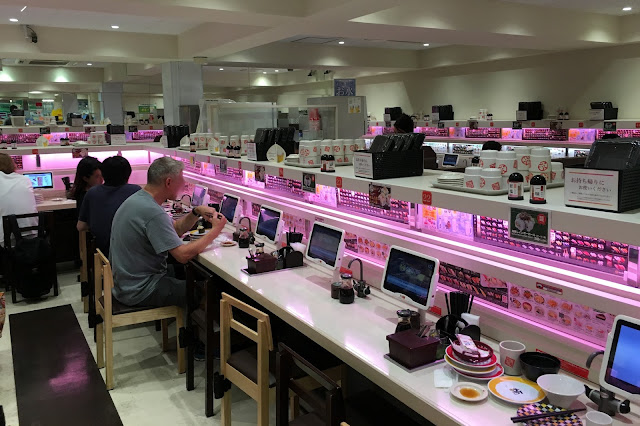 They are all delicious and very affordable (and super fun!).

But if you are visiting Japan, PLEASE try a traditional sushi as well - we will be covering that in our blog soon too! So stay tuned!

If you enjoy our articles, please sign up to receive updates about onsen-related things!